Dropping off the Baby Dolls at the end of the exhibition and after the Expert Meeting (see THE CULTURAL SPACE) is the act of installation of THIS BABY DOLL WILL BE A JUNKIE in the public realm.

Around a hundred popular and unpopular citizens of the particular country from the areas of culture, subcultures, politics, and scholarship are invited to deposit the ± 20 Baby Dolls of a series in urban public places. These drop off locations are places associated with the lives of the drug addicts represented by the dolls: the locations are determined by the addicts themselves and each place is associated with an event in that particular woman’s life as detailed in her biography.

Groups of two to four people take taxis to bring the dolls to the locations designated and simply leave them there. The doll thus becomes public property and as an object becomes a matter of public concern. The city’s inhabitants or visitors will either accept or reject the dolls, ignore or destroy them.

Each Baby Doll has a label tied to its wrist giving the title of the project and the address of this website. 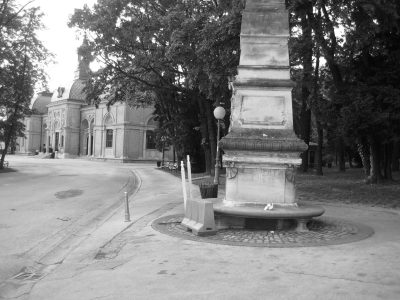 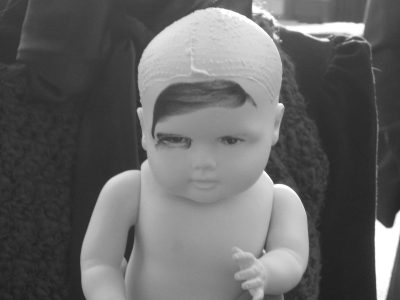 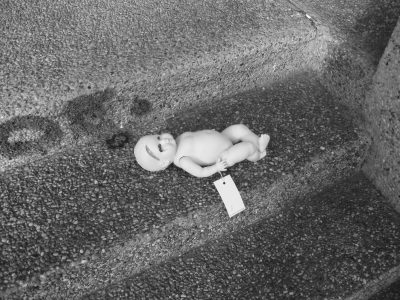 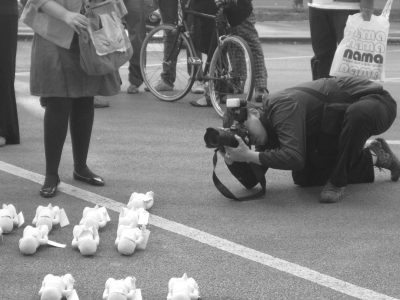 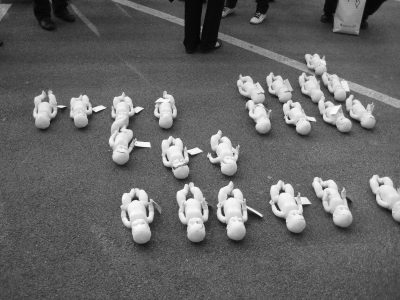 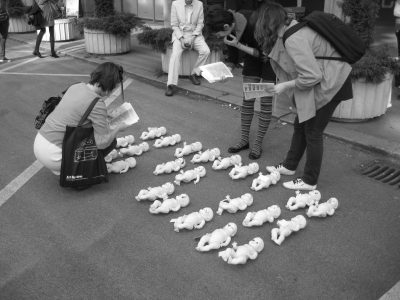 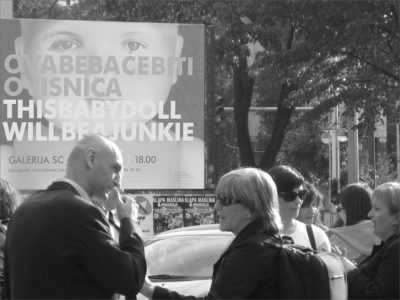 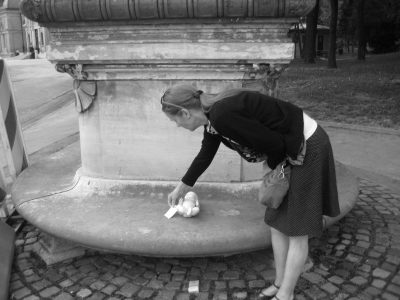 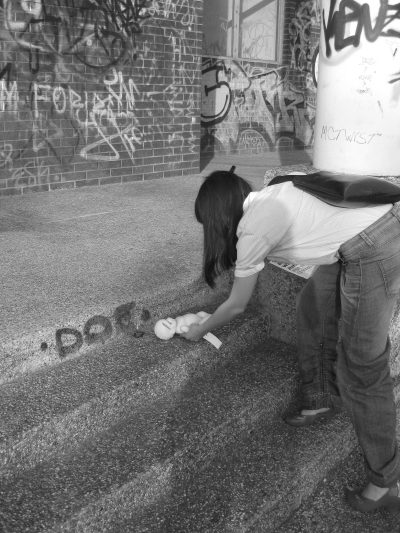 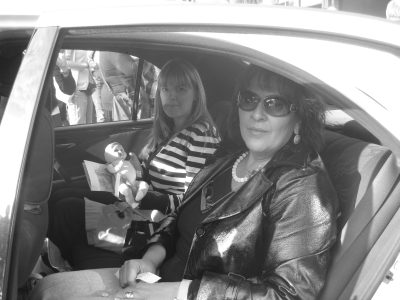 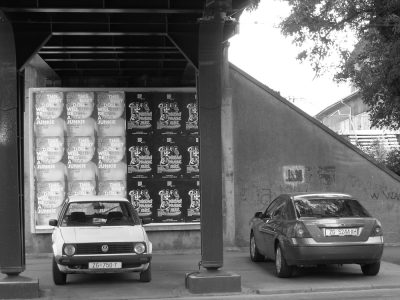 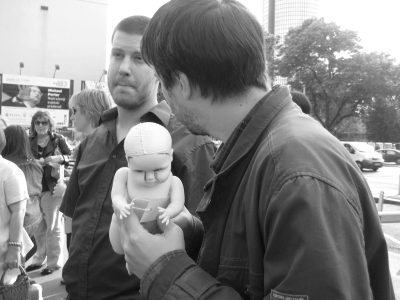 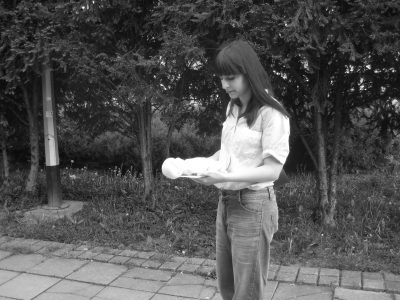 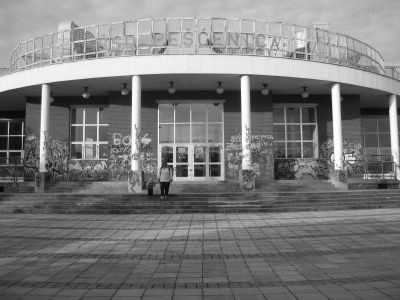 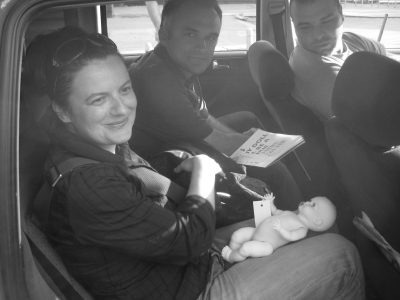 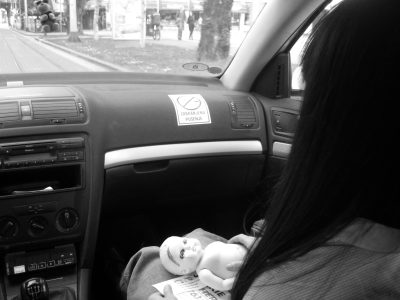 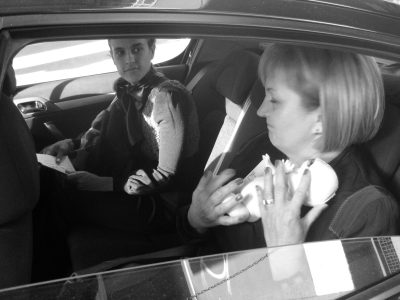 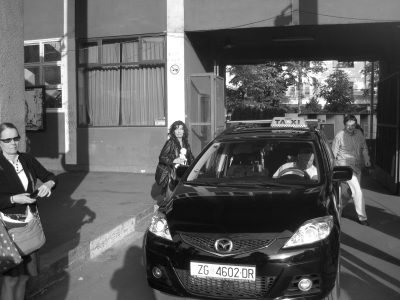 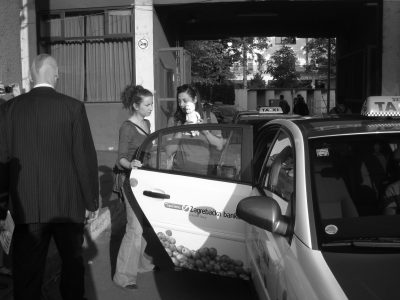 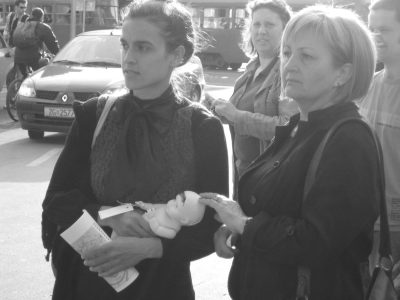 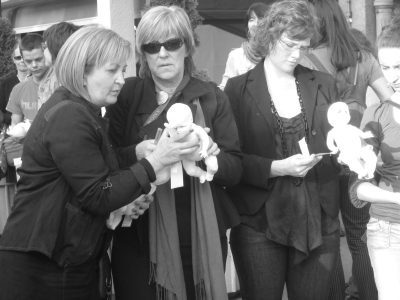 Background: what is a THE PUBLIC SPACE space?

This represents, on the one hand, the stations of the women biographers before and after the onset of their addiction and their subsequent stays in isolated spaces. On the other hand, it both enables and demands pluralistic action in order to declare their lives, which have been relegated to the margins of society, a matter of public concern.

See other spaces
a biographical protocol that uses the Matrix Method to collect facts as soberly as possible which is devoid of emotional suggestion. From the resulting collages of words the biographers formulate sentences in the present tense, so that the events of the past are brought into the present.
a partially public meeting at which the project work is discussed and reflected upon on an interdisciplinary basis attended by specialists from the fields of art, science, politics, and administration. In this way, the presentations of the project in cultural spaces as well as the interventions in public spaces (see Drop off and Speech Activity) are monitored critically.
the act of installation and intervention by TBDWBAJ in public space. Each Baby Doll of a series is dropped off by a small group (participants of the Expert Meetings as well as locally known and lesser known persons from politics, science, and culture) at places, which belong to the life sphere of the junkies, and abandoned without further supervision. From now on, the passers-by decide what happens to the Baby Dolls—whether they are accepted or rejected, ignored or destroyed.
a porcelain doll, fragile not only because of the material it is made of, but also because of its iconographic connotations and psychosocial attributions, which is made by the women participating in the project. Each Baby Doll bears the facial features of its maker and wears a bracelet giving the title of the artwork and the URL of the autobiographical audio statements in the project archive of the OUTCAST REGISTRATION.